Change your gears ! Work out with the ease of the electric assistance.

With a Carbon Fiber Folding Frame, a Powerful 250W motor, and a 9 speed Derailleur, CARBO Model S is your ultimate workout and daily commuter and has all the features you need in a folding e-bike 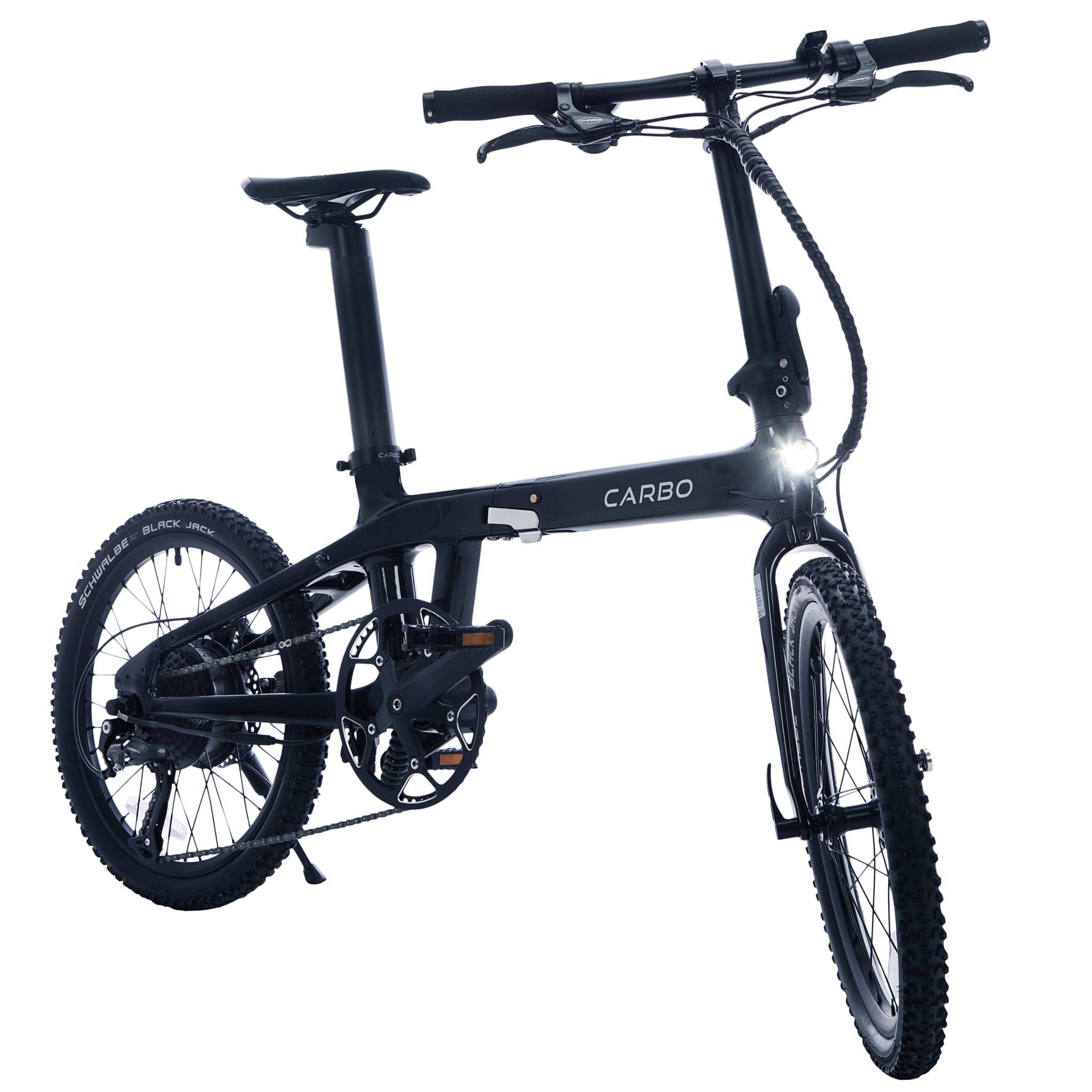 A Unique Bike For A Unique Ride

A Unique Bike For A Unique Ride

CARBO Model S is a slick, powerful and stylish multi-speed folding electric bike. As powerful as e-bikes twice the weight, Model S is designed to be the perfect workout, and urban companion. An affordable e-bike, equipped with plenty of features, Model S is on of the best folding e-bike on the market.

CARBO Model S is a slick, powerful and stylish multi-speed folding electric bike. As powerful as e-bikes twice the weight, Model S is designed to be the perfect workout, and urban companion. An affordable e-bike, equipped with plenty of features, Model S is on of the best folding e-bike on the market. 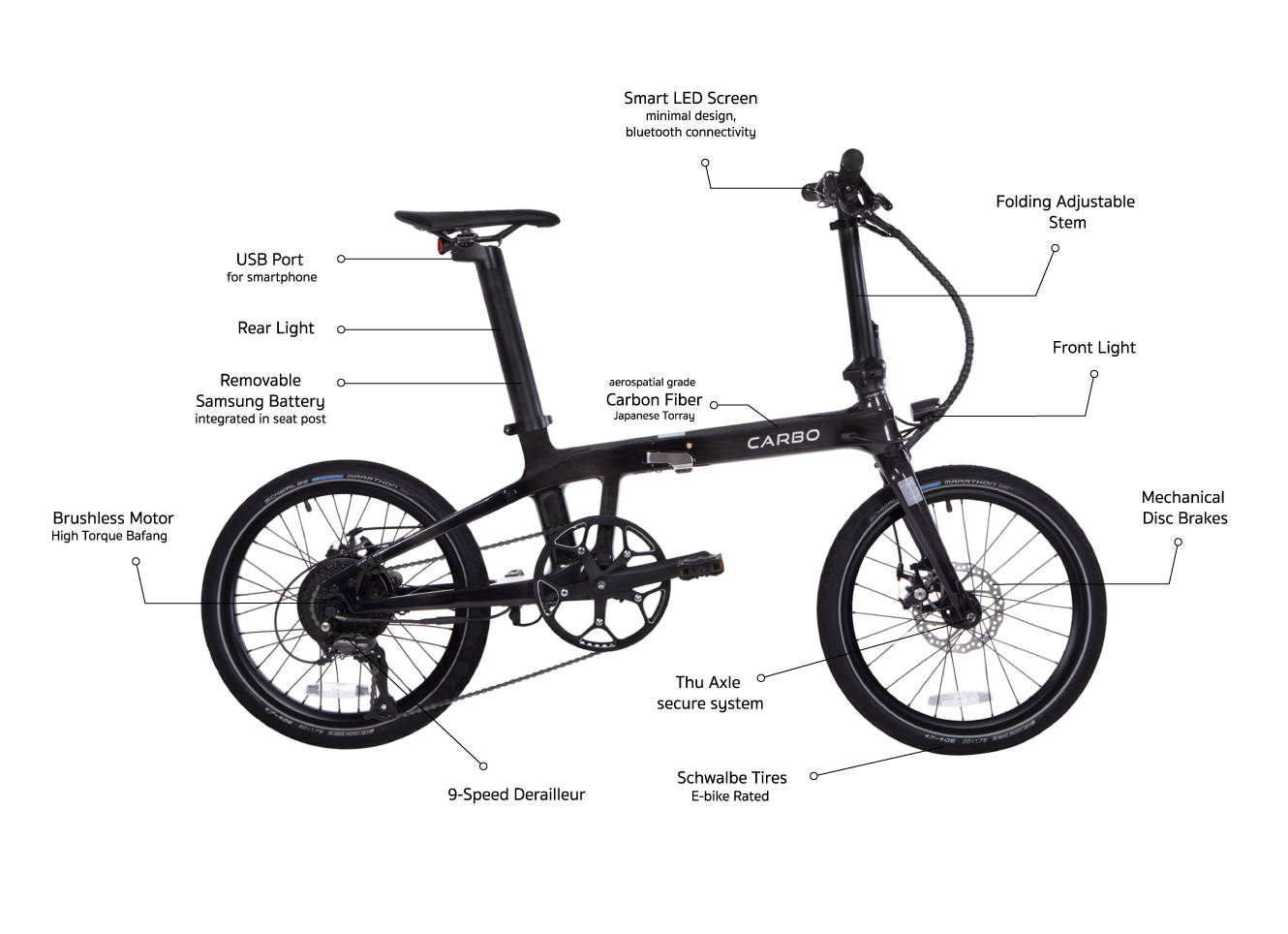 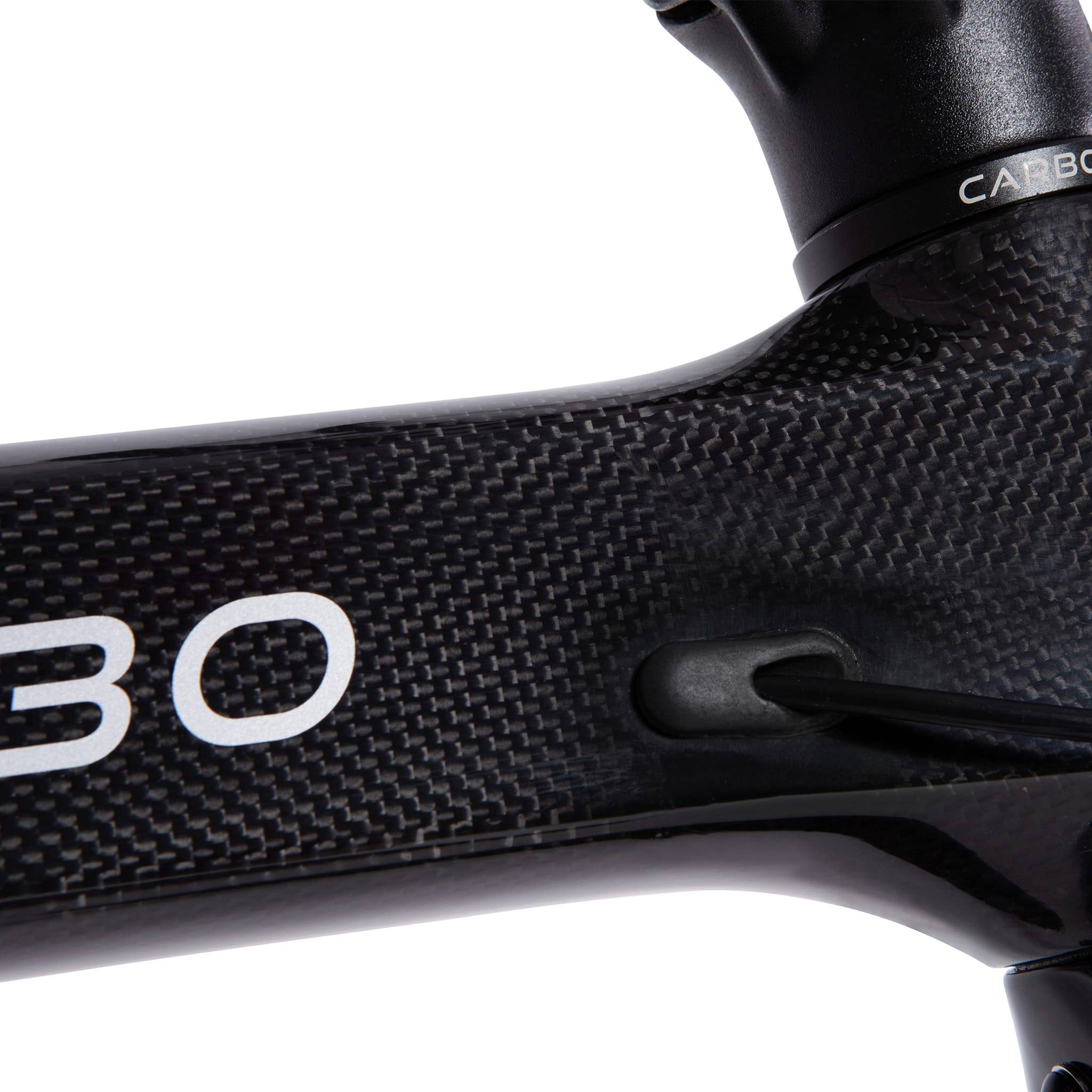 Aeropatial grade Japanese Torray Mesh, the carbon fibre frame is manufactured with the latest technology resulting in an ultra light and solid frame. 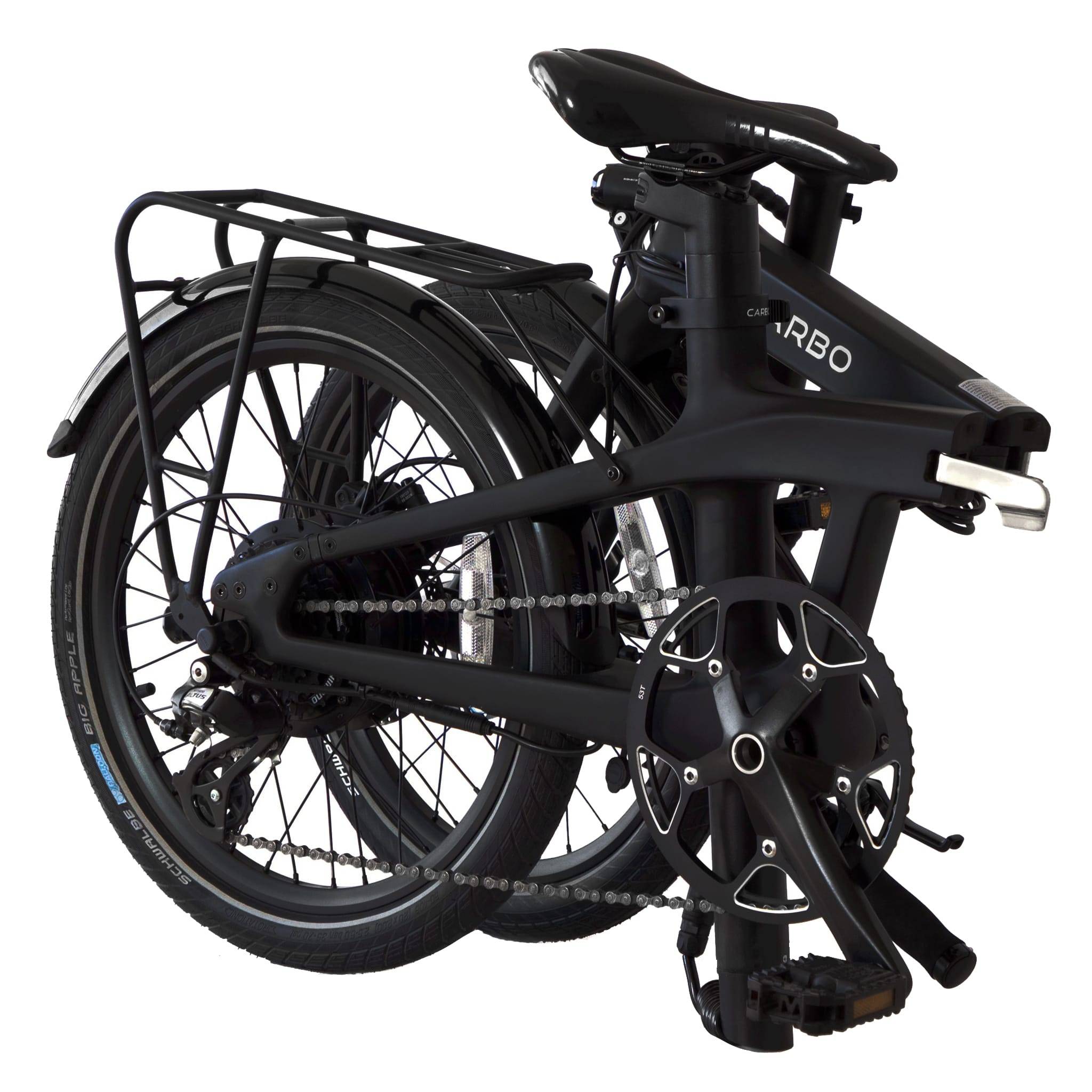 Fast magnectic folding in three easy steps. Push the seat post down, Fold the handlebar stem, release the button and it's done your CARBO is folded ! 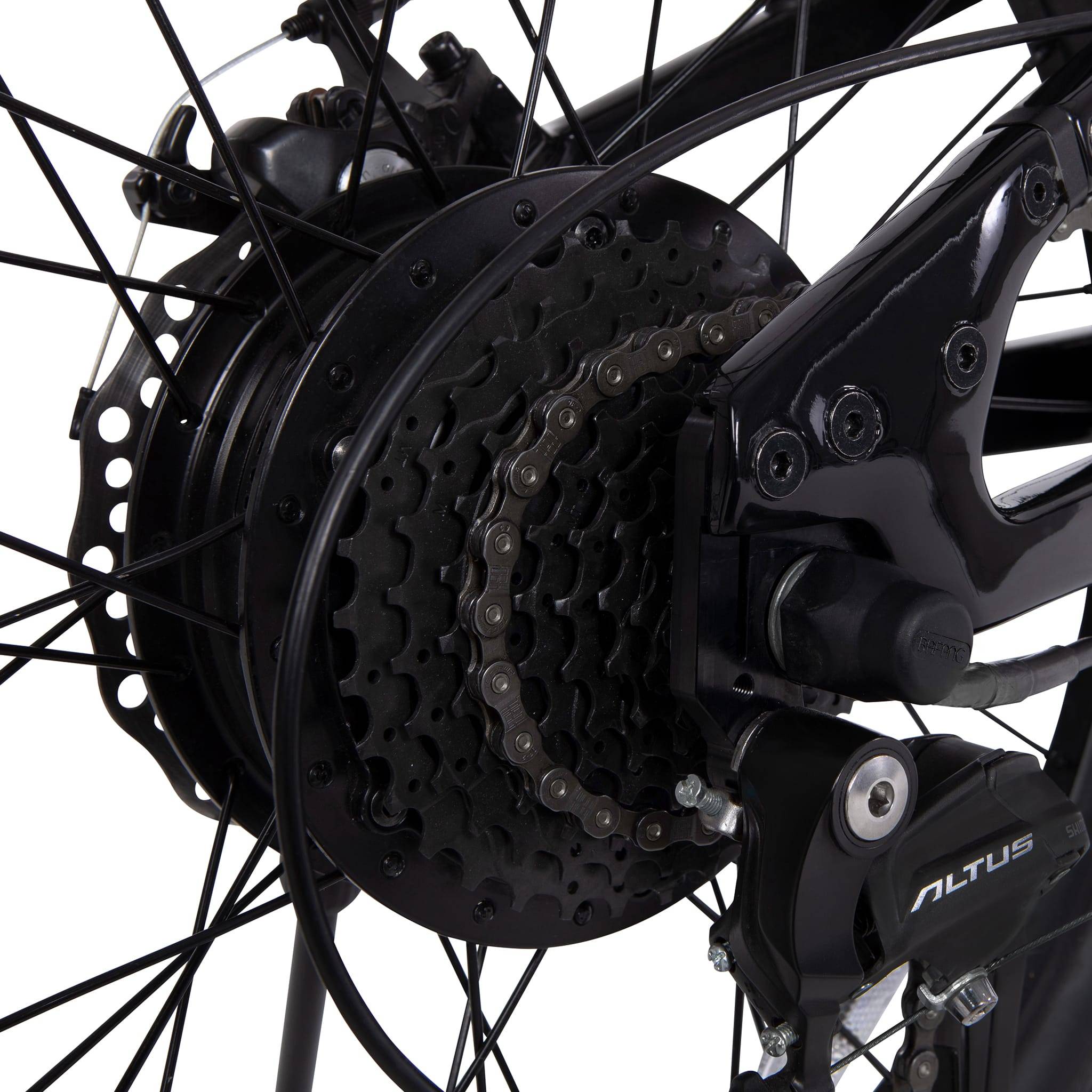 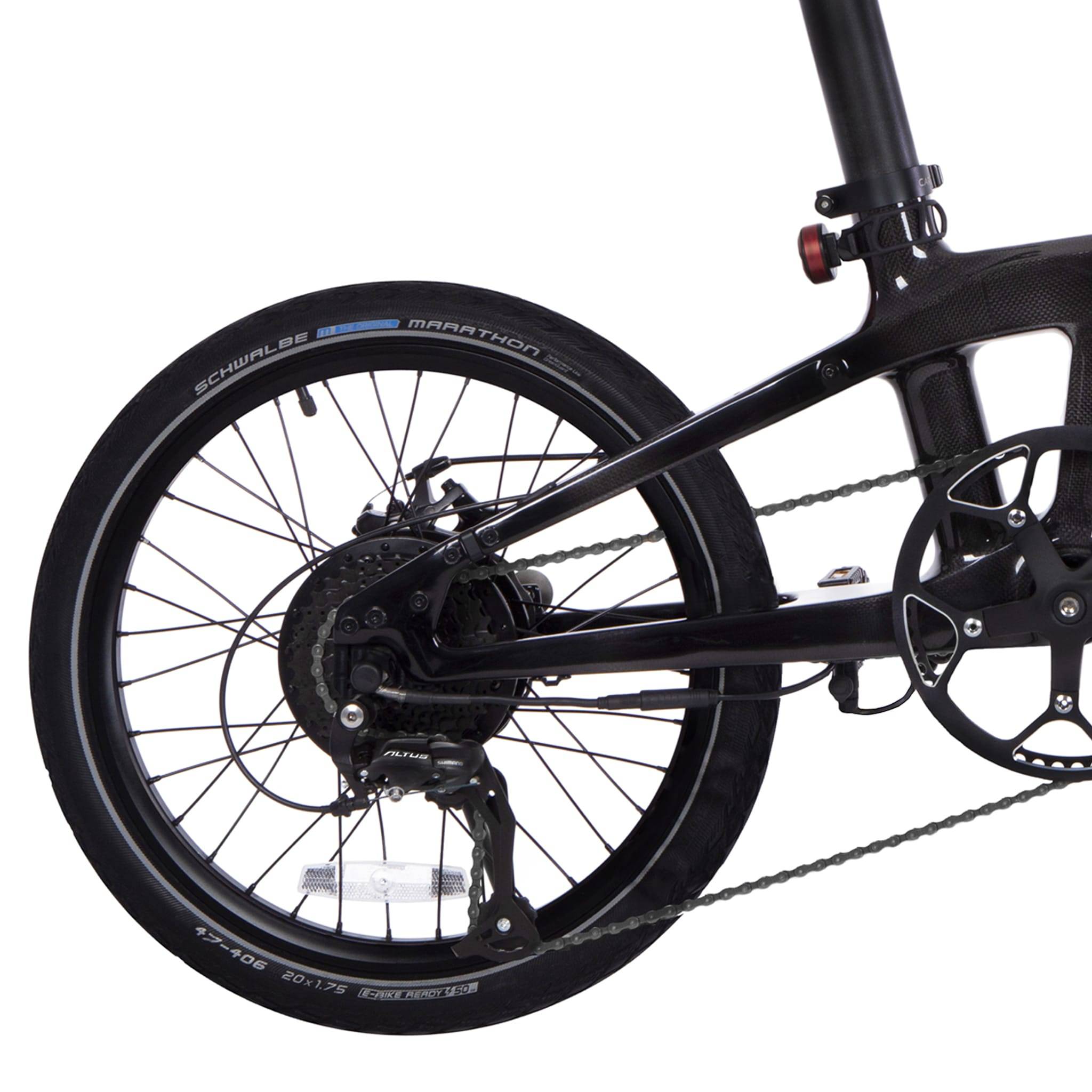 With a 9-speed derailleur, change your gears with or without the electric assitance to maintain pedal control at impressive top speeds. 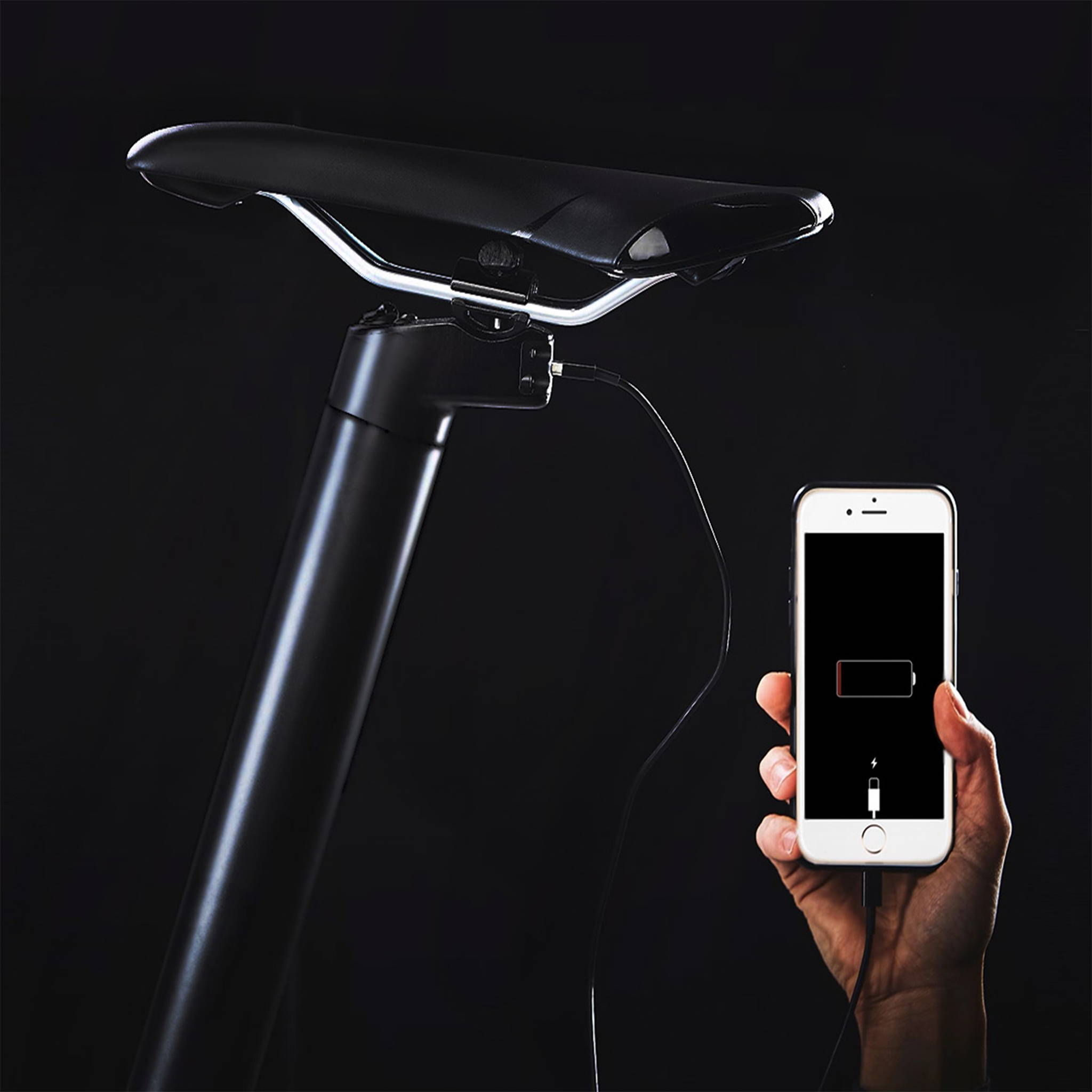 Removable seat post battery resulting in an optimal center of gravity and an ultimate weight distribution. CARBO is one of the most comfortable ebikes to ride. 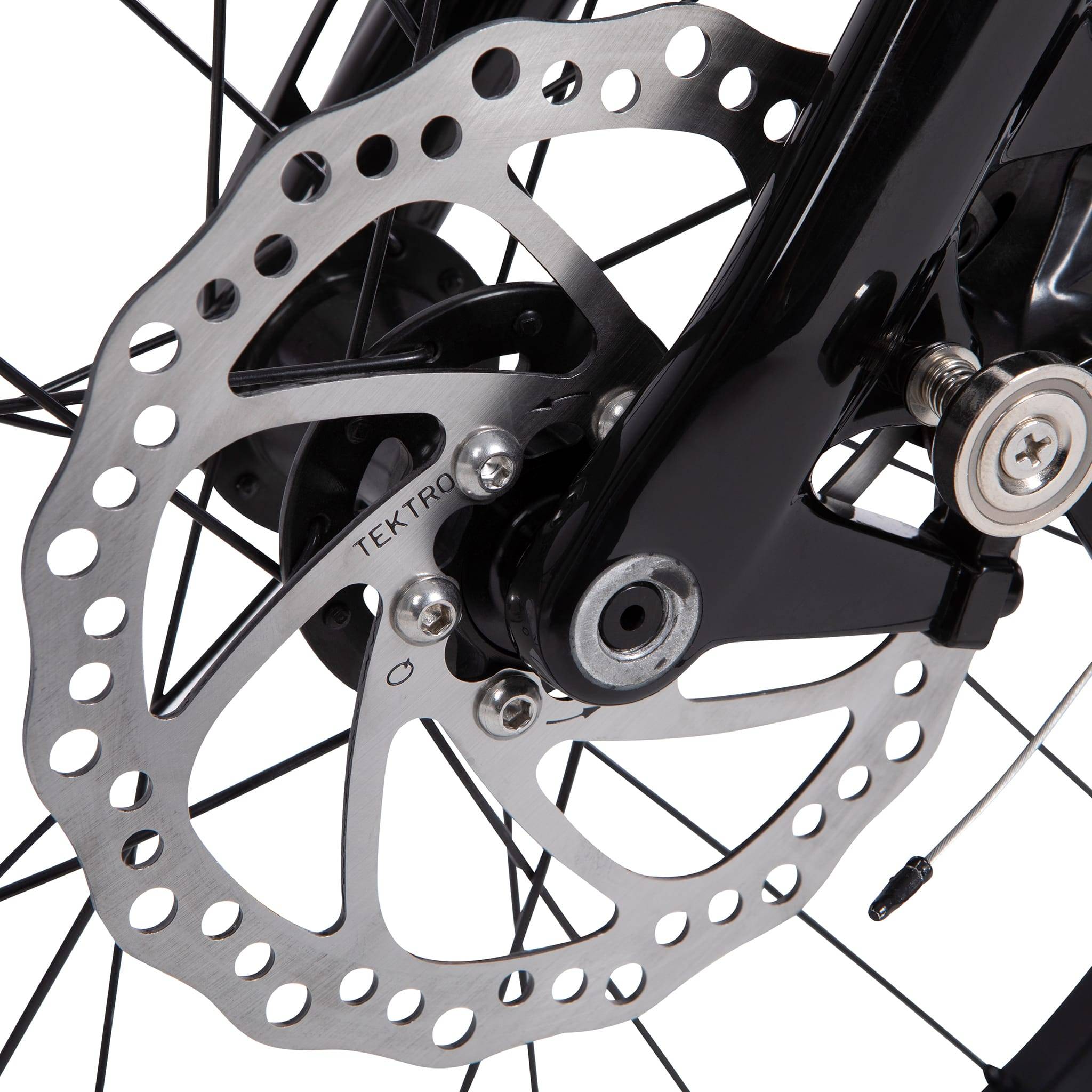 Powerful Tektro braking system so you can stop with ease. Easy minimal maintenance. CARBO only uses top of the line components. 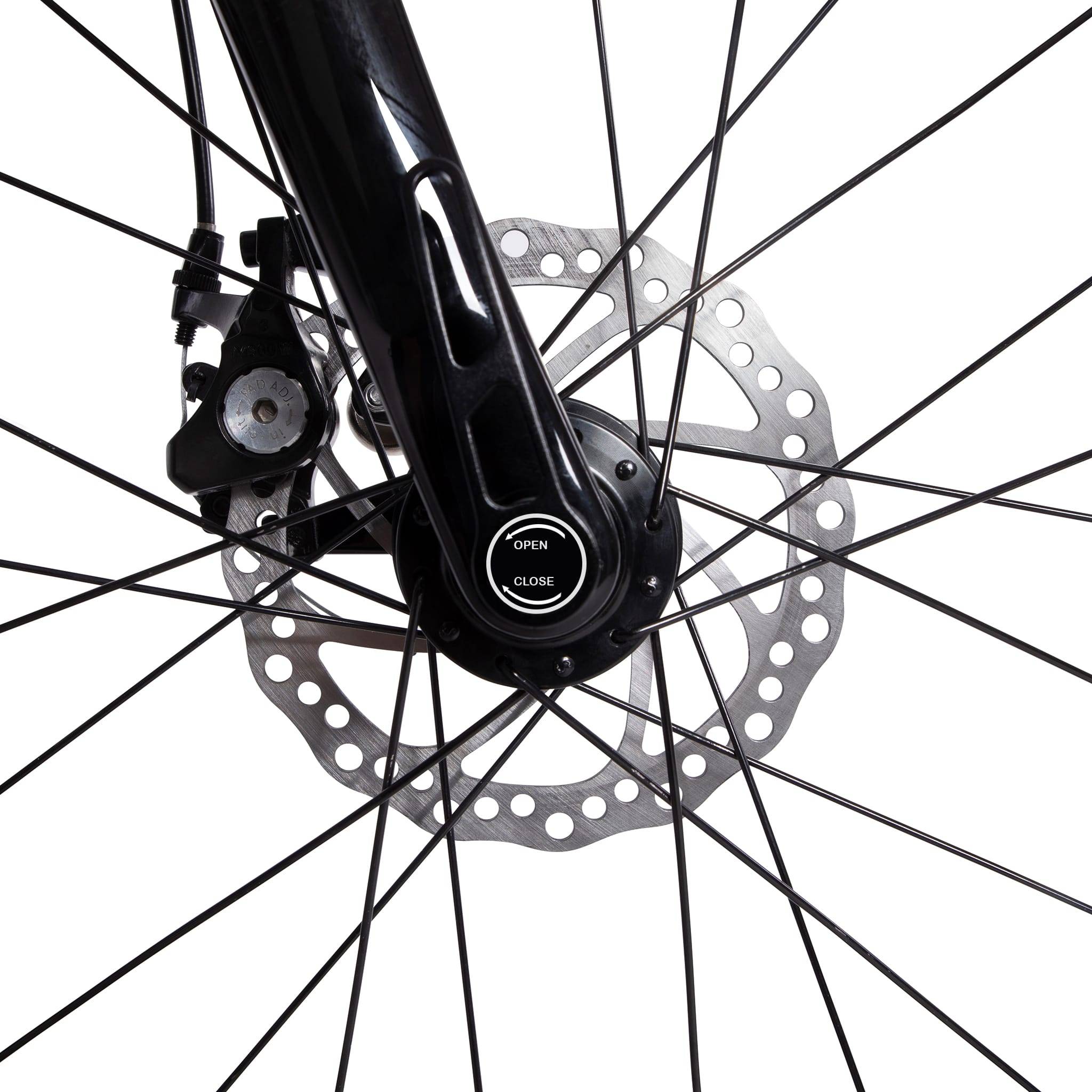 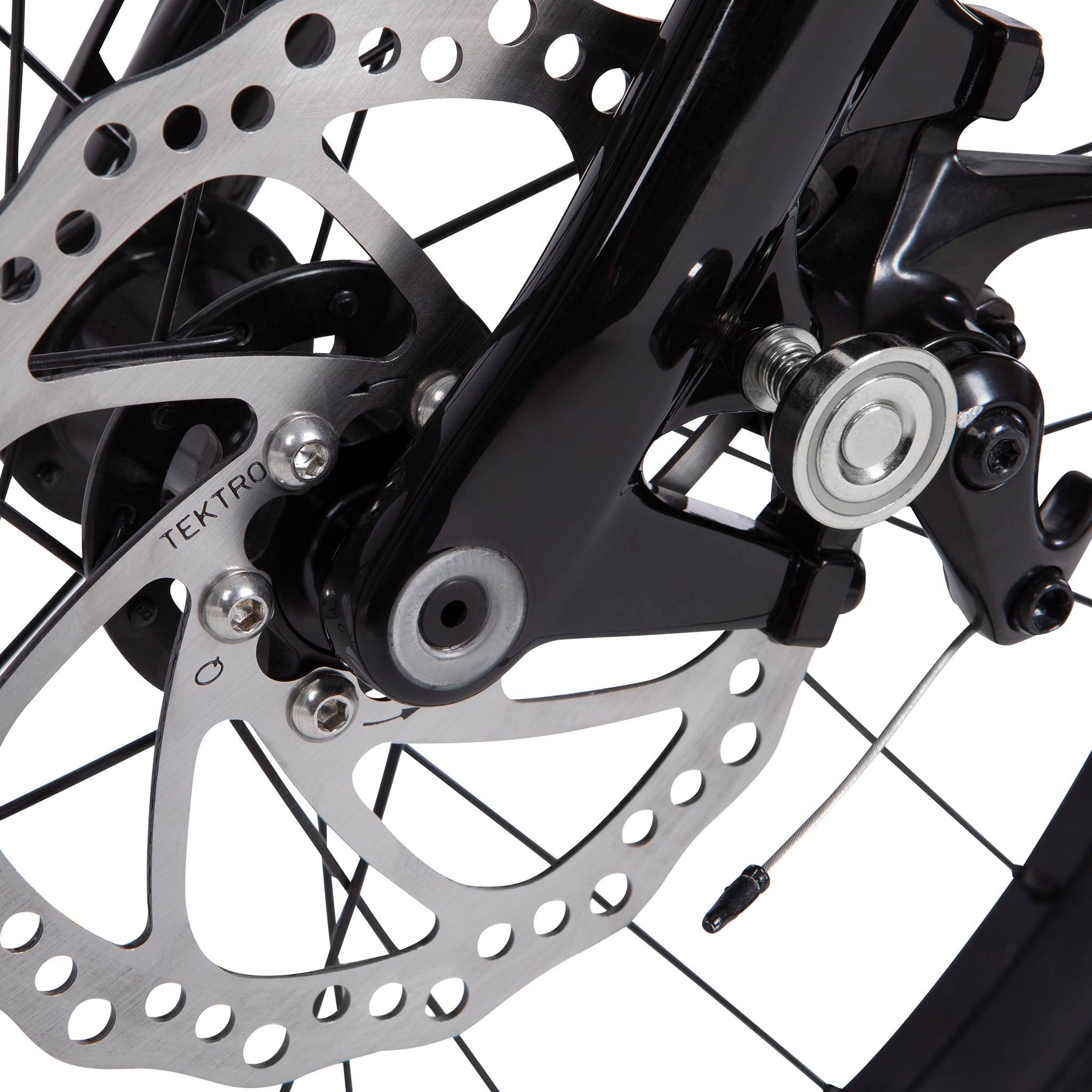 Provides compact folding and ensures your bike stays compact while folded. Carry or roll your CARBO with ease when folded. 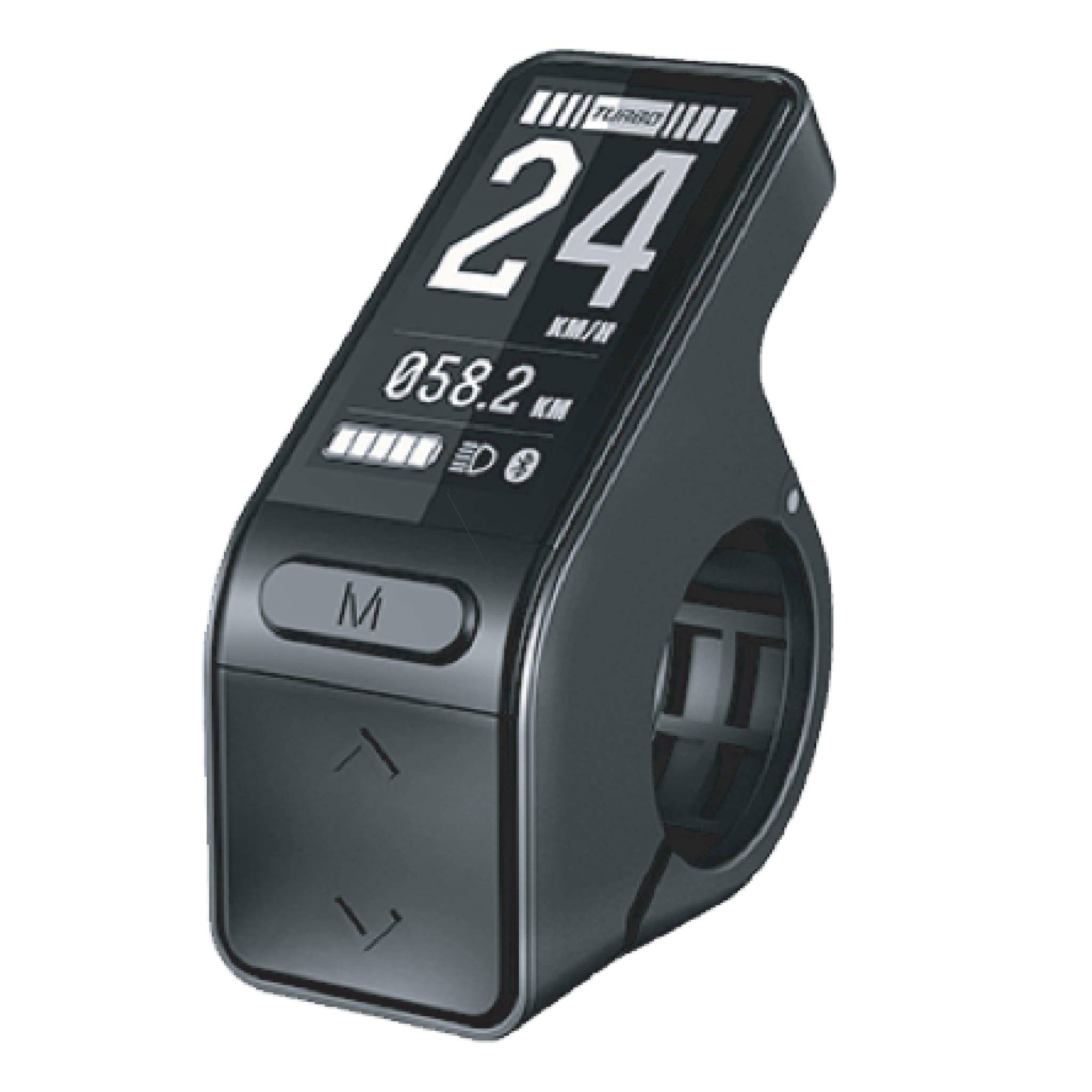 A minimal screen with bluetooth connectivity. Choose between 5 level of assist and see how far you've ridden. Equipped with an odometer, and a walk mode. 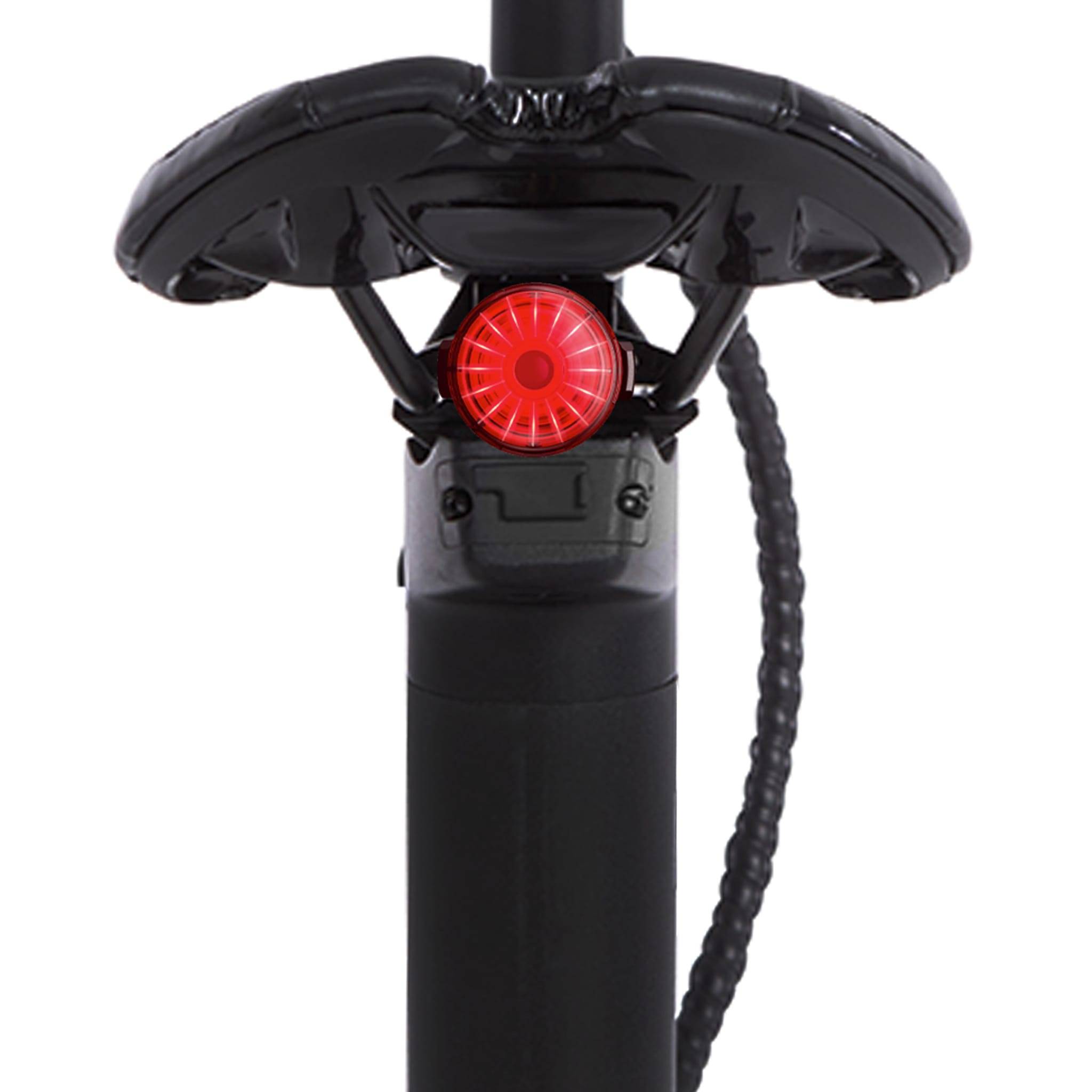 Charge your smart devices on the go. The CARBO battery is equipped with a USB port so. you never run out of power. 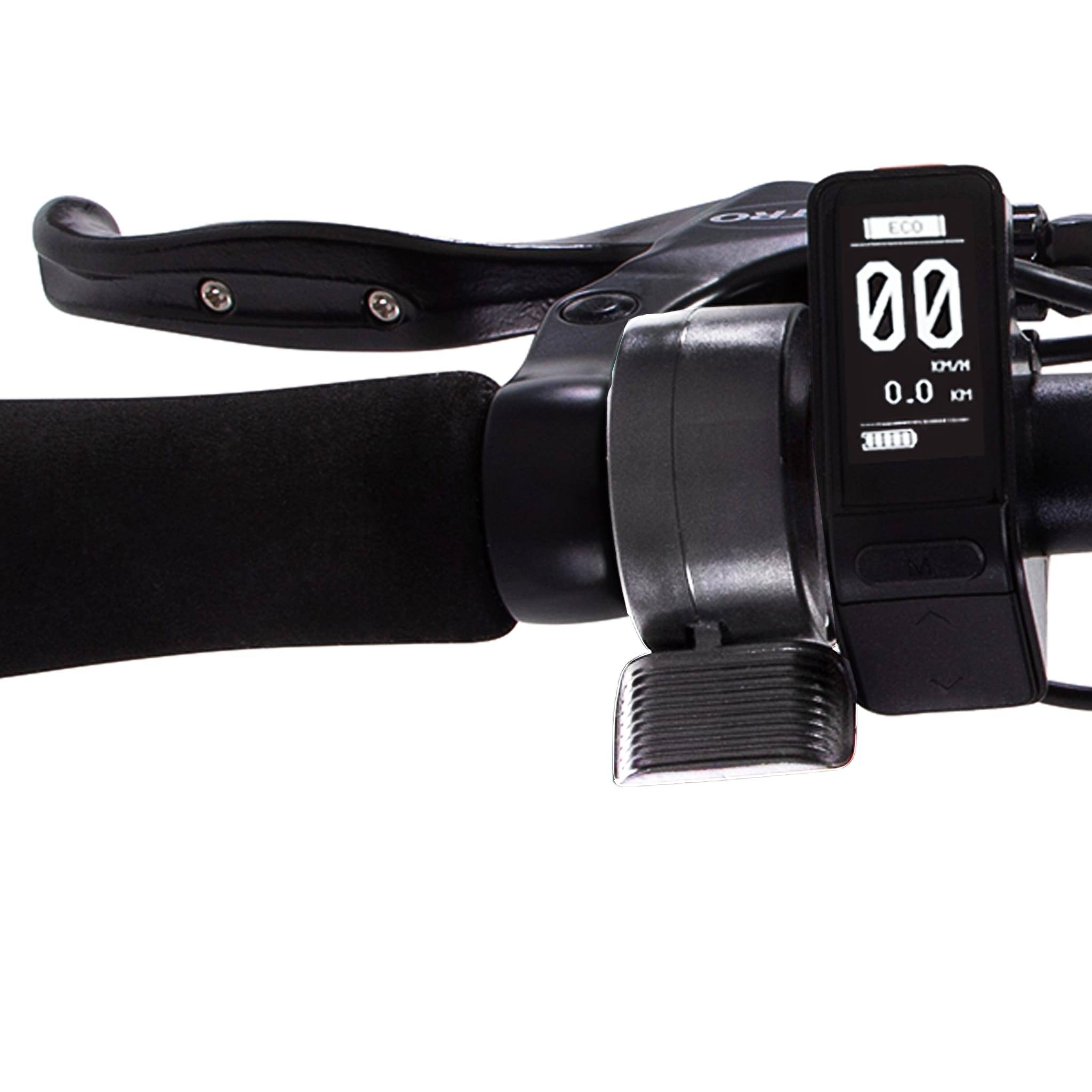 Use your CARBO without pedaling in a full electric mode. Please check your country's regulations before adding a throttle. Available as add-on 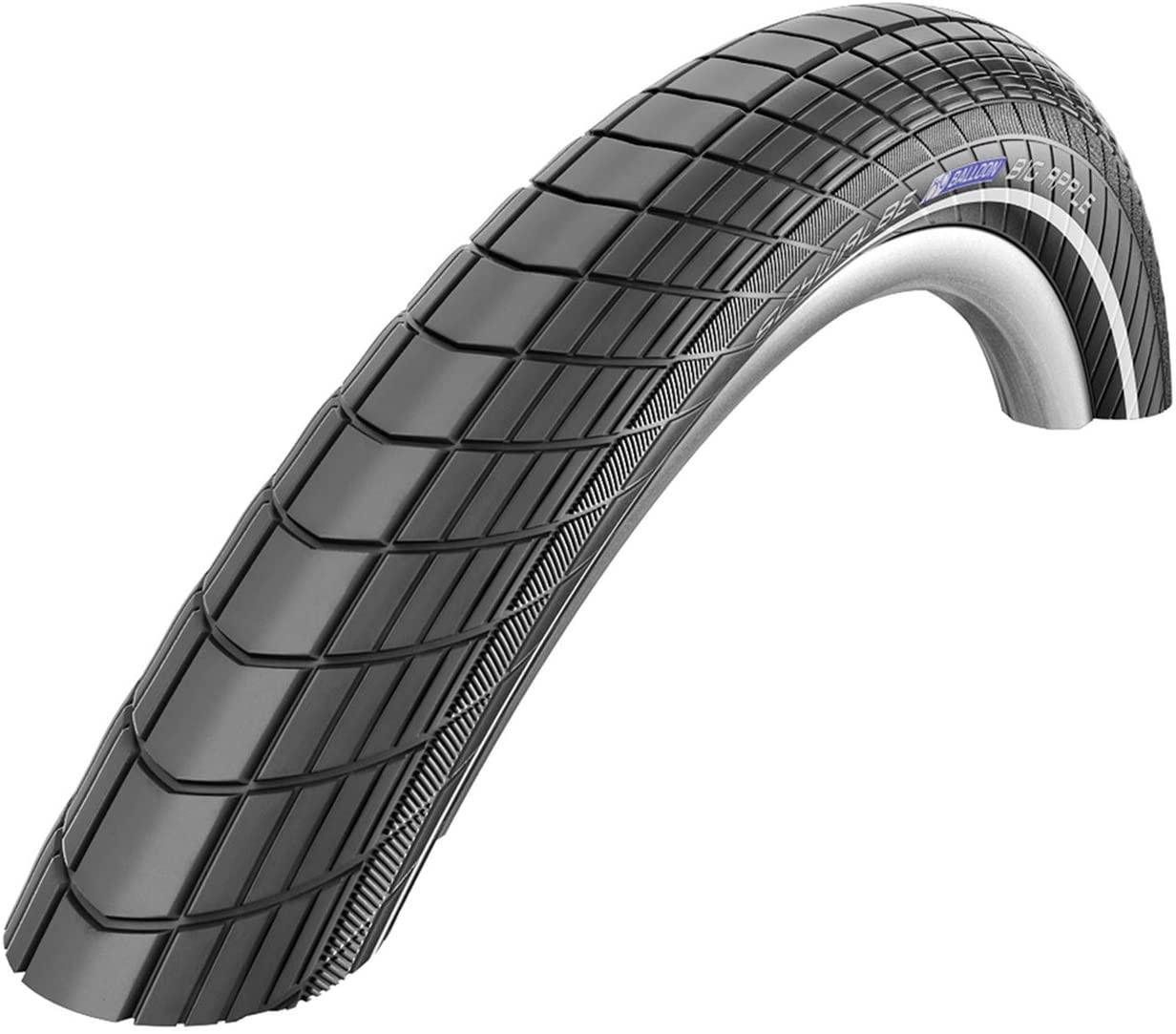 Track your CARBO Warranty from your portal

*A unique customer portal for a unique CARBO experience*

CARBO Owners Facebook Reviews
Hear it from the riders!

CARBO Owners Facebook Reviews
Hear it from the riders!

Hear it from the Press !

Check out our other Models

Sold out
Sold out

Check out our other Models

Thank you for submitting a review!

Your input is very much appreciated. Share it with your friends so they can enjoy it too!

At Delivery Backlight & Toolkit were missing. Finally, I had to purchase the missing items myself (minor refund was granted). The bike is great to ride, though. Still, when starting to ride uphill it takes time before the battery does it’s job. Once working the battery gives excellent acceleration. The design is great. The bike is a headturner for sure. The back fenders do not fit, because the arms are too short.

United States
Having fun with Carbo

I purchased the Carbo S with 350 W motor, 10.5 Ah battery, throttle, and fenders. I purchased it January 2020 just prior to China lockdown so it was delayed until May. My bike came with both the new closed front fork and stronger seat bolt. I added a rear rack by Blackburn at half the cost of the Carbo one. Total weight of the bike with all of this is around 42 lbs. That’s a lot lighter than other folding e-bikes but it is still quite heavy! Packaging was good and there were no problems or dents. Assembly was fairly straightforward. I had to make minor adjustments to the Shimano Altus derailleur and the front handlebar. So far I’ve been quite pleased with the bike, though it’s my first e-bike so don’t have comparison. I live in Seattle, so I have a lot of big hills to ascend! I have no problem making it up them, though, on turbo in around gear 7. Aside from the big hills, I find I’m mostly able to get around in eco mode. I like that the bike is definitely rideable with 9 gears with even no assist (but I don’t need THAT much exercise!). I generally average around 14 mph around town unless there are lots of stops. Max speed for me on level or slight downhill is around 20 mph. More than that requires pedaling too fast and is too much exercise for me! I’m guessing the 58T chainring would allow an easier fast cruising speed. I don’t spend a lot of time at low gears with pedal assist. I really appreciate the throttle when starting up after stopping. You’ll definitely want to avoid big bumps with the small wheel size. Handling for the bike is not bad. Cornering feels a little precarious to me, I think because of the small wheel size and high perch on the bike. The center of balance is definitely higher and has taken getting used to. I get lots of compliments from other e bike riders - and people in stores when I wheel it around in it’s folded state because the store has no bike racks! Here’s hoping it holds up for many hundreds miles more!